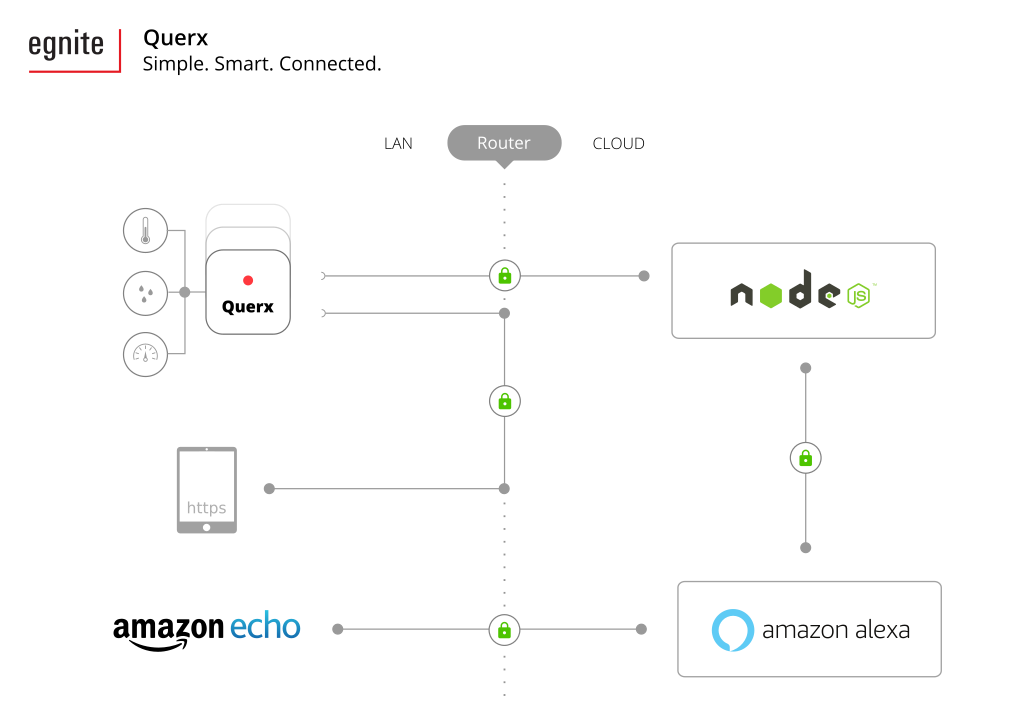 On the 31st of March 2017 the FBS2017 trade fair for digitization and IoT was hosted in our building in Castrop-Rauxel, Germany. We attended the fair and set up a booth.

A Node.js server was installed on the web, in order to stage our Querx sensors’ integration possibilities. The server continuously received the current values measured by three WiFi-capable Querx WLAN sensors.

The latter was located right at the booth, next to an Amazon Echo Dot, “Alexa”.

The outdoor temperature, for instance, could thus be retrieved by simply saying the sentence:

“Alexa! Ask Querx for the temperature in the garden.”

Alexa also tolerated variations of the question. One could just as well say:

“Alexa! Ask Querx how warm it is in the garden.”

The values measured by the other two Querx sensors could be queried in equal fashion. This worked surprisingly reliably even despite the background noise in the exhibition hall. If one attempted to query a non-existent value, the air pressure in the office, for instance, Alexa expectedly replied:

“Querx Office does not feature an air pressure sensor.”

A spoken user manual could also be requested with the following text:

Our only difficulty was teaching Alexa the correct pronunciation of the word “sensor” (NB: we were using the German language). In the end the spelling “senssor” yielded the best results.

We would like to take this opportunity to thank all our visitors for their keen interest and to congratulate the initiators KompetenzCenter Wirtschaft and blueBOX GmbH on a successful event. 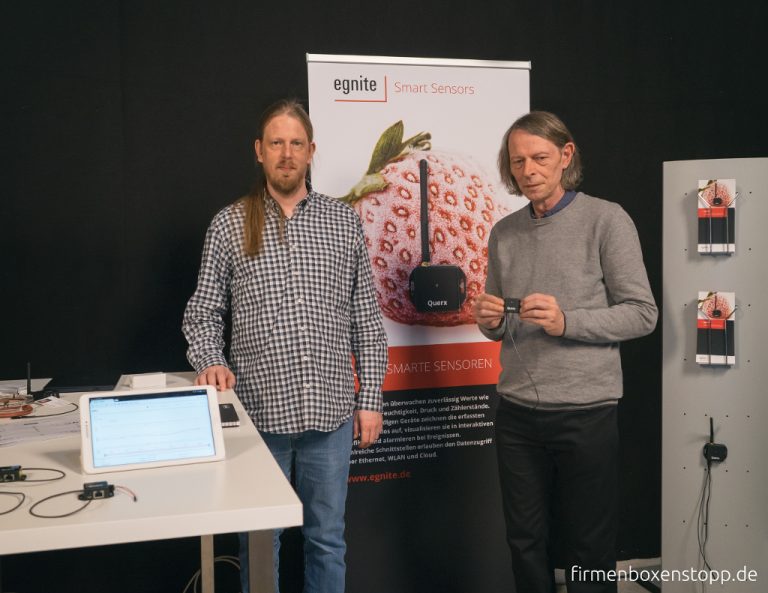