Version 4.2.0 of our firmware has passed all basic tests, although a number of stress and long-term tests still need to be performed. We still think that this new firmware will prove itself in productive environments, which is why we want to make this preliminary version available.

Note: The configuration is reset to factory settings when updating to version 4.2.0. Please save a backup of your configuration before activating the new firmware.

In addition to the sensors for temperature, humidity and air pressure, which have been available for a while now, Querx will soon also be able to function as a counter. Initially, only energy meters will be supported. The web interface needed to be redesigned fundamentally, in order to achieve this. We viewed this as the perfect opportunity to implement some add-ons we had been planning for a while. 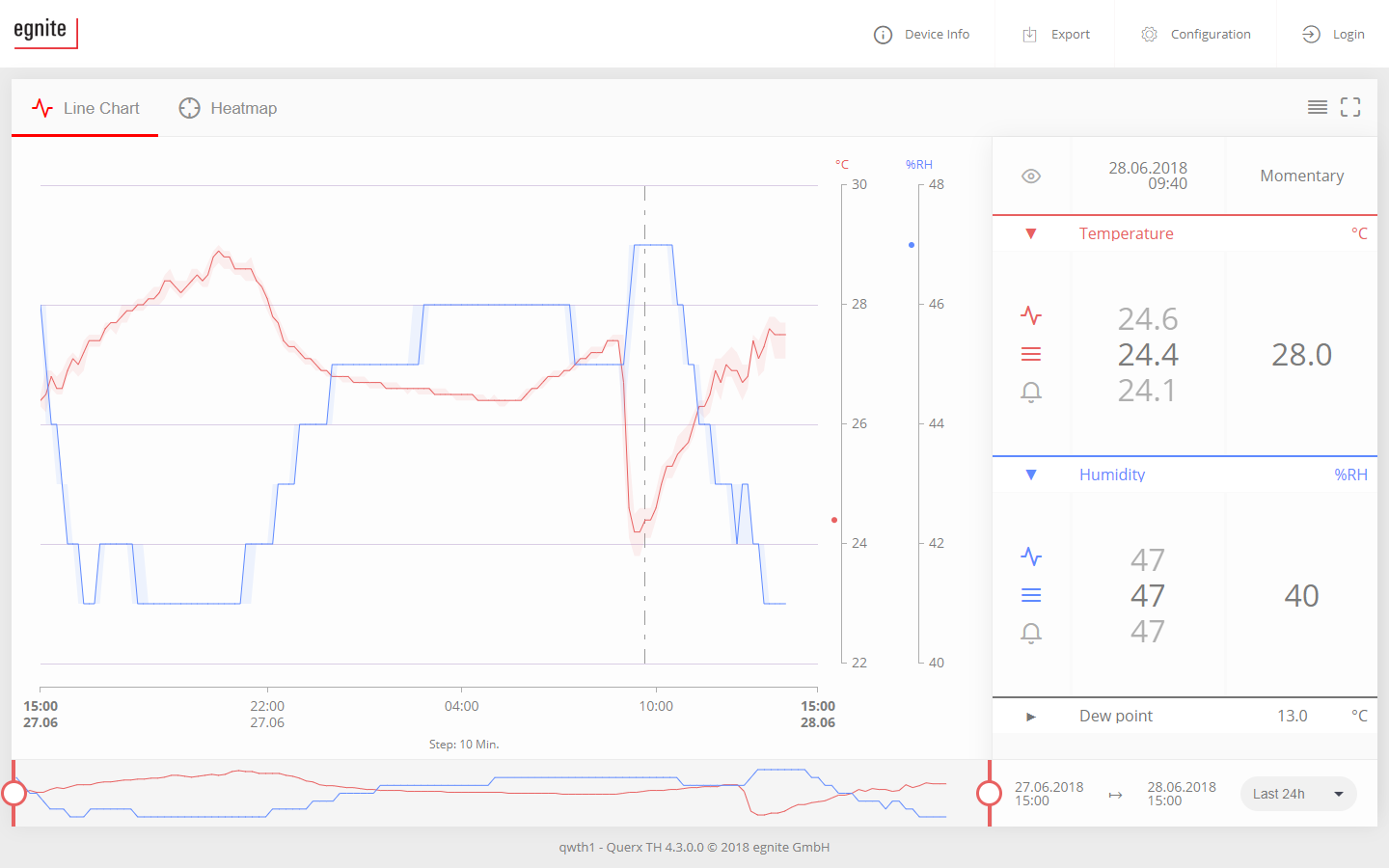 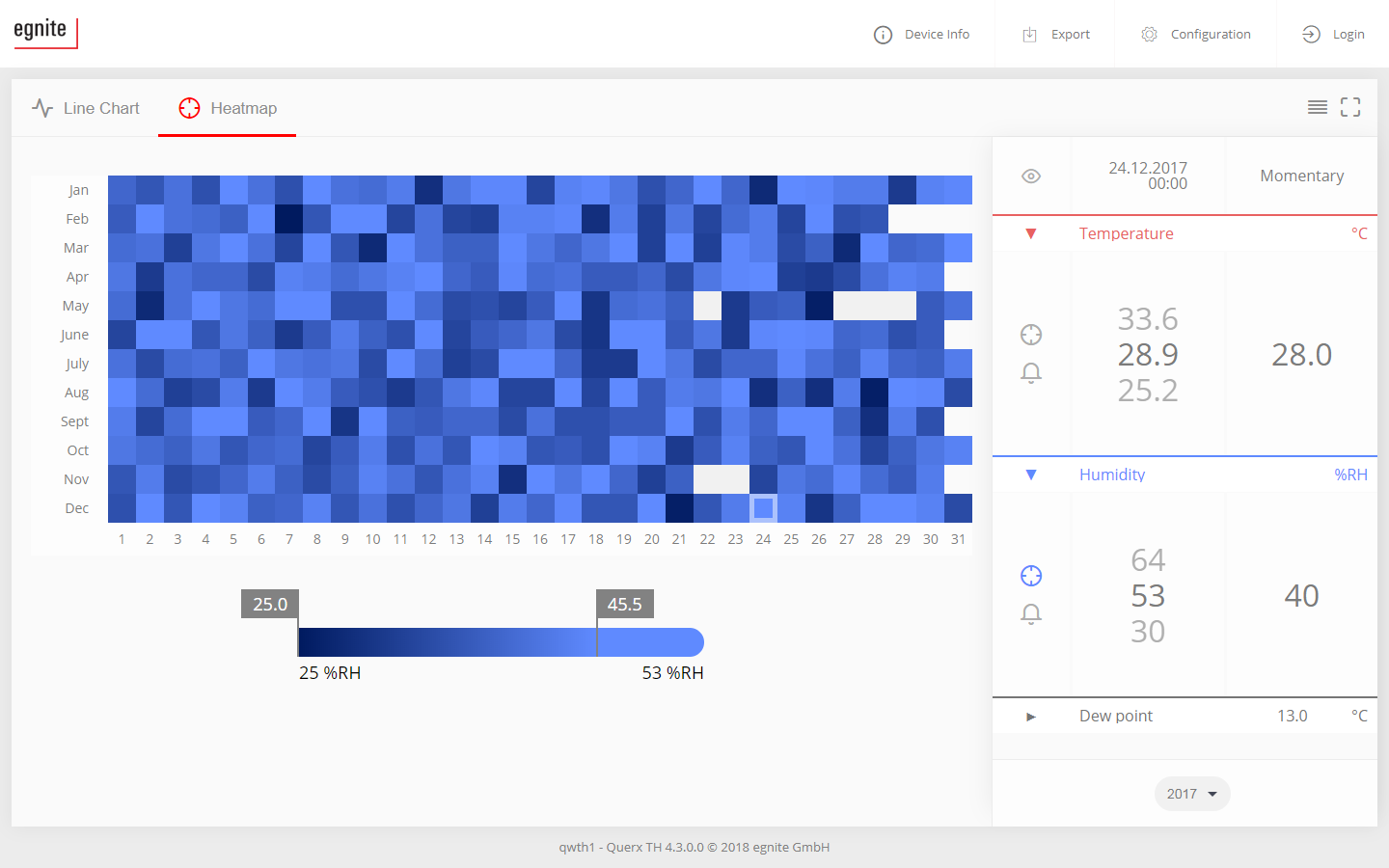 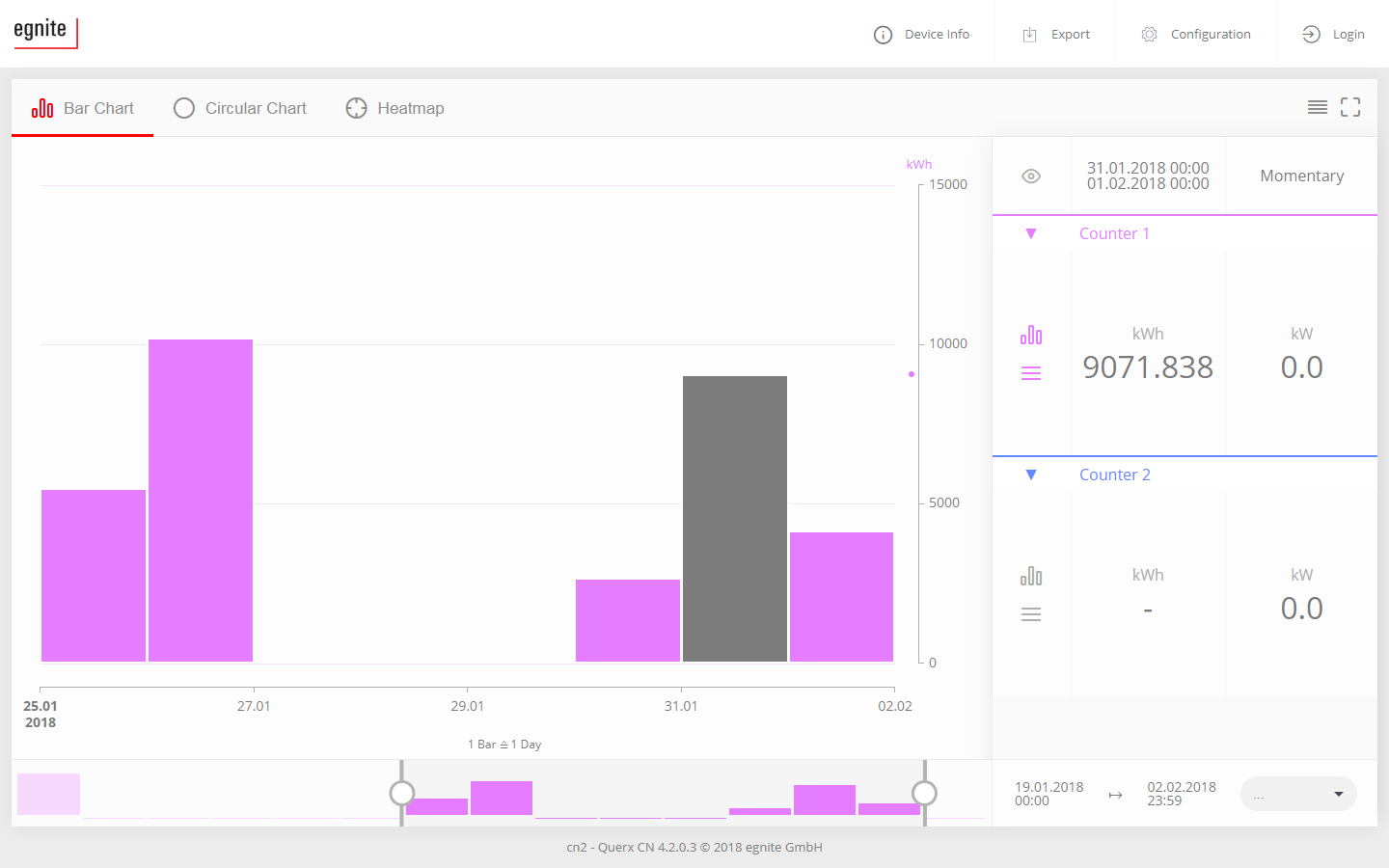 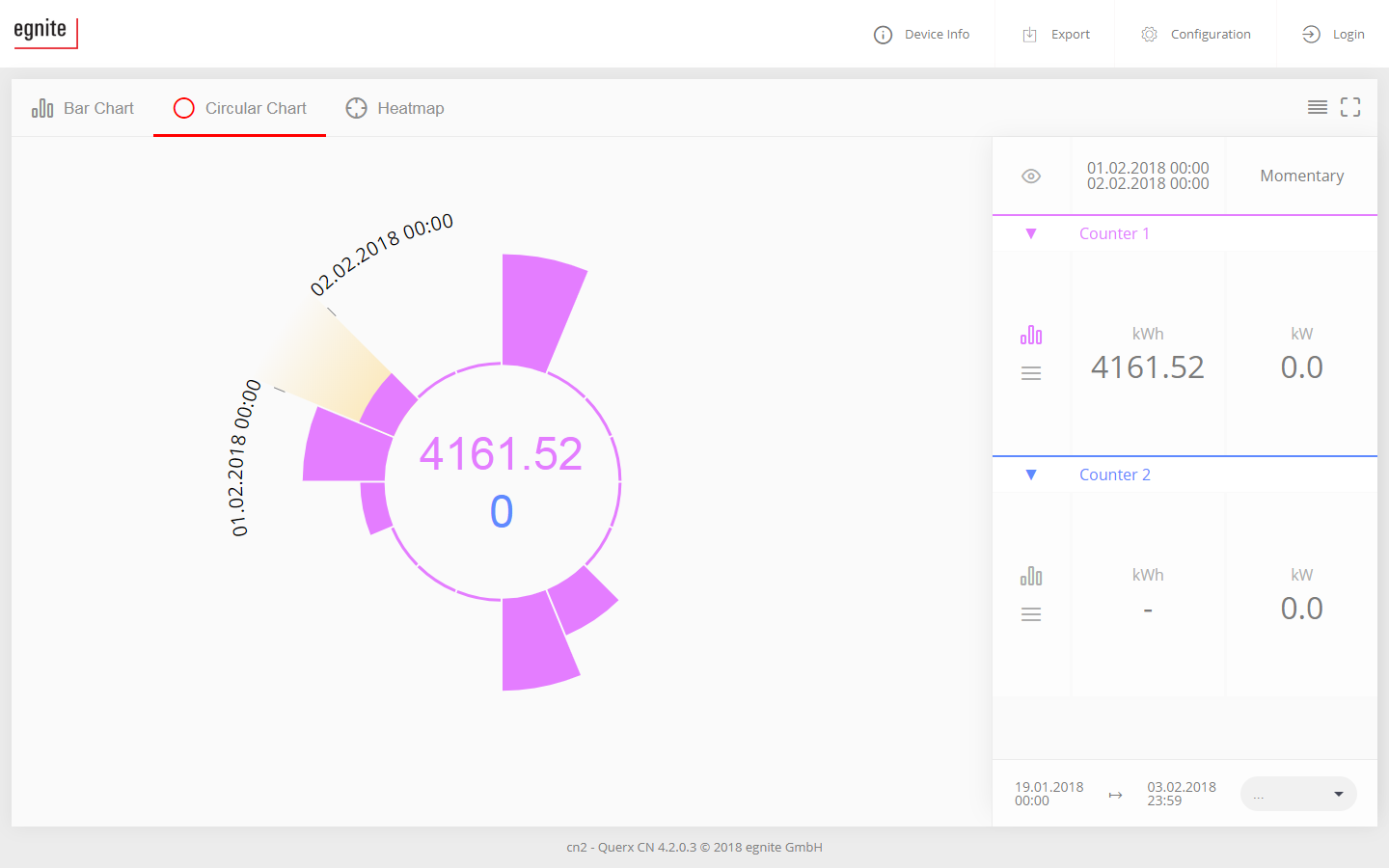 The first thing you will notice on the new home page is the fact that you can select two different display modes. A so-called heatmap is now available in addition to the old line graph. In this mode, every day of a given year is displayed in a matrix, with a lighter or darker color representing the median value that was recorded on that date. The new counters offer two bar graphs, instead of the line graph: A common, linear graph and an appealing circular chart.

Many users will welcome the home page’s new configuration options. It is now, for instance, possible to display the graph or the current values by themselves, improving the readability.

Compensation values - offset and gain - can now be entered for each physical sensor. The first parameter will suffice for most applications. Should Querx PT, for instance, display only 22.6°C when the actual temperature is 23°C, this error can be corrected by saving an offset of 0.4.

Such settings can be documented in a list along with other calibration data.

In principle, it is now possible to customize all documents that are transmitted via HTTP. However, the corresponding documentation is not yet available. Initially, this feature will be used to replace the previously hard-coded cloud support by customizable templates, thus supporting virtually any cloud service. More on this shortly.

In addition to these major enhancements, some minor changes have been made. A decimal has, for instance, been added to the temperature and humidity values have and it is now possible to calculate the spread instead of the dew-point.